Reduce or end the poaching of wildlife

in existing and surrounding wildlife parks.

" For young people will have a healthy occupation, just as the value of the prize will in a way help them solve some of their problems. "

Why the Rhino Cup League? 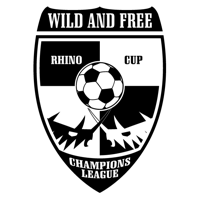 The Rhino Cup Champions League  was officially established in 2018 to help eliminate the practice of rhino poaching by the young men of the communities surrounding national & private game reserves . Young men are recruited by organized crime syndicates to risk their lives and freedom to kill rhinos. Rhino horns are illegally shipped to Asia for the rich elite to impress each other with exotic wild animal parts for decoration, gifts, consumption, and ancient medicinal beliefs.

The RCCL provides young men a healthy and positive activity and opportunity in a place where few opportunities exist.

In early 2019, Wild & Free Foundation and the committee of the Rhino Cup Champions League, decided to give the RCCL brand a small update.

Together we recognized the colorful and spirited people of the Rhino Cup Champions League, and they deserved an improved look to the RCCL Logo.